He’s the head of Tesla (TSLA 1.25%), the largest electric vehicle maker in the world, but Elon Musk has made headlines recently for a different reason. He’s an avid user of short-form social media platform, Twitter (TWTR -2.81%), and in April he made a blockbuster bid of $54.20 per share to buy the entire company, worth $44 billion.

But the deal is seemingly falling apart. The broader tech market sell-off has in-part sent Twitter shares plunging to $38 as of this writing, and it has also crushed Tesla stock, which is where most of Musk’s net worth is tied up. And despite having a signed contract, the two parties have been exchanging words after Musk accused Twitter of understating the number of bots and fake accounts on its platform.

But there might be an even greater challenge ahead of Musk if he successfully closes the deal: Twitter’s financial performance. Based on its recent results, the company is in danger of falling short of its ambitious 2023 targets. Was Musk’s offer to buy Twitter a little too enthusiastic? 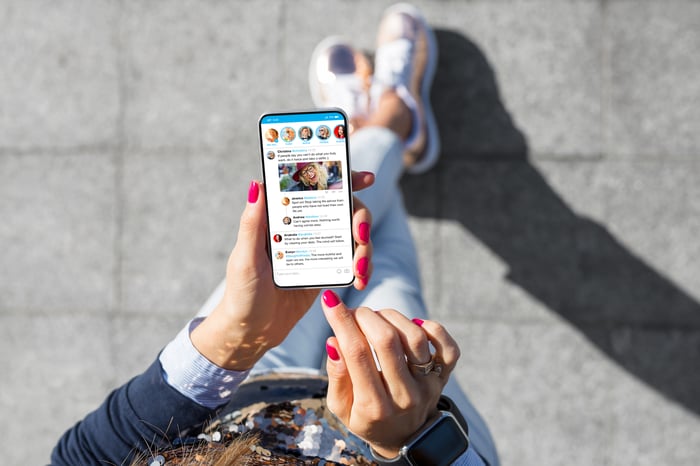 In early 2021, Twitter laid out a roadmap for its growth in both revenue and daily monetizable active users (mDAU). At the time, most social media companies were doing extremely well because the pandemic had resulted in lockdowns and an increase in the number of people working from home, which meant more screen time.

Twitter had just released its 2020 earnings report where it revealed $3.7 billion in full year revenue and 192 million monetizable daily active users. The company told investors that it would seek to more than double its revenue by the end of 2023, to $7.5 billion, and grow its active user base to 315 million. But more than a year has passed, so how is the plan progressing?

On the revenue front, the company has been a little closer to the growth rate it needs. It generated $5 billion during 2021 which was a 37% jump compared to 2020, but that growth rate slowed materially to 22% on an adjusted basis in Q1 2022. And analysts haven’t bought into Twitter’s lofty goals; they anticipate revenue will grow just 15.9% in 2022, and in 2023, they expect the company will fall about $350 million short of its target, hitting $7.15 billion.

But Musk wants even more

If slowing growth is a problem, Musk doesn’t seem worried at all. According to a report by the New York Times, he thinks he could more than triple Twitter’s projected 2023 revenue by 2028, to over $26 billion, with 931 million users.

Musk wants to focus on growing the company’s paid subscriber base. It would be a pivot from Twitter’s revenue model right now which is driven by advertising, making up about 88% of money in the door during 2021.

He has also floated some ideas (on Twitter, ironically) to more carefully verify all real users on the platform so bots are more easily distinguishable, which would make for a better user experience. But this might be countered by the fact that he wants free speech to reign — while it sounds great at face value, it’s hard to determine what that looks like. Less moderation could lead to more abuse, for example.

Will Musk eventually follow through on acquiring Twitter? He can be a wildcard to put it mildly, so only he really knows. The spat over the company’s reporting of fake accounts seems to be a sticking point right now. This morning, Musk fired a letter over to Twitter accusing them of failing to provide important data which will help him determine whether the company’s claim that fake accounts represent less than 5% of the user base is, in fact, accurate.

One thing is for certain; Twitter stock trades about 28% lower than his offer price right now, which would translate to a $12.5 billion hit for Musk if the deal closed. That might be tough to swallow, even for the richest guy on Earth, especially since Tesla stock has declined by a whopping 40% this year as well.

Reversing Twitter’s slowing growth might be Musk’s greatest challenge if he becomes its new owner. And given the difficult market environment for technology stocks right now, he might even find himself better off if the deal fails to go through.