The Perfect Stock-Split Stock for This Wild Market (Hint: It's Not Amazon or Tesla) - The Motley Fool - Financial Daily News Site Skip to content

If there was an investing version of Paul Revere today, he might ride around proclaiming, “The stock splits are coming!” Several big companies are poised to conduct stock splits soon.

Amazon (AMZN 3.66%) shareholders recently voted in favor of a 20-for-1 stock split scheduled for June 3, 2022. Tesla (TSLA 7.33%) has announced its intention to conduct a stock split this year. Details of the plan haven’t been revealed, though. Shareholders will need to approve the split.

These are just two examples of the wave of stock splits on the way. But there’s a stock with an upcoming split that’s perfect for this market. And it’s not Amazon or Tesla. 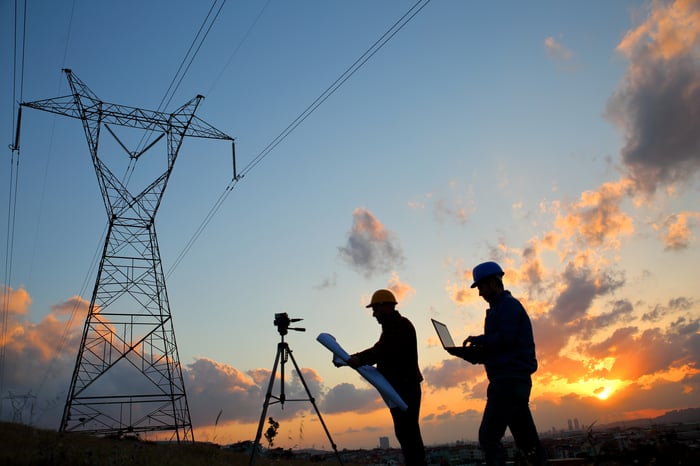 Flying under the radar

BIP and BIPC have the same underlying business. Both stocks are set to conduct a 3-for-2 stock split on June 10, just a few days after Amazon’s stock split.

Many stocks are getting clobbered with the overall market in decline. However, Brookfield Infrastructure is holding up quite well and is actually up year to date.

While inflation presents a huge worry for many companies, Brookfield Infrastructure is largely insulated from the negative effects. Roughly 70% of its funds from operations (FFO) benefit from either contracted or regulated adjustments for inflation.

Higher oil and gas prices can even help Brookfield Infrastructure. The company stated in a recent investor presentation that the “current pricing environment should positively impact 20% of our market-sensitive revenues in our midstream sector.”

There’s also another big reason why investors like Brookfield Infrastructure so much right now — its distributions. BIP’s dividend yield tops 3.5%. BIPC pays the same distribution, but its yield of 2.85% is lower than BIP because of the difference in share prices.

Those distributions make a significant difference for investors. Over the past 10 years, BIP stock has nearly tripled. However, its total return including reinvesting dividends is close to 360% — trouncing the performance of the S&P 500.

Brookfield Infrastructure might not deliver the sizzling long-term returns that Amazon and Tesla have in the past. However, it’s poised to continue rewarding investors with both growth and dividends. You’ll have a hard time finding a better stock with a split on the way that’s more perfectly suited for today’s wild market.