The past few years have been a modern horror renaissance, from Jordan Peele’s Get Out and Us to Ari Aster’s Hereditary and Midsommar. Thanks to the rise of streaming services, especially the curated horror platform Shudder, it’s easier than ever to catch up on these modern masterpieces, as well as revisit cult classics.

Gore Verbinski’s The Ring, based on the Japanese movie Ringu which was in turn based on Koji Suzuki’s novel of the same name, kicked off a trend of English-language remakes of Asian horror movies. But even after The Grudge, One Missed Call, The Uninvited, and all the others, The Ring stands out as the best (and scariest) of the lot thanks to Verbinski’s spooky, shadowy visuals and a moody score by Hans Zimmer. The plot is simple: a cursed VHS tape causes whoever watches it to die in seven days. Naomi Watts investigates. But the image of a nightgown-clad girl with soaking wet hair climbing out of a TV surely scarred a generation.

The Ring is streaming on Netflix. 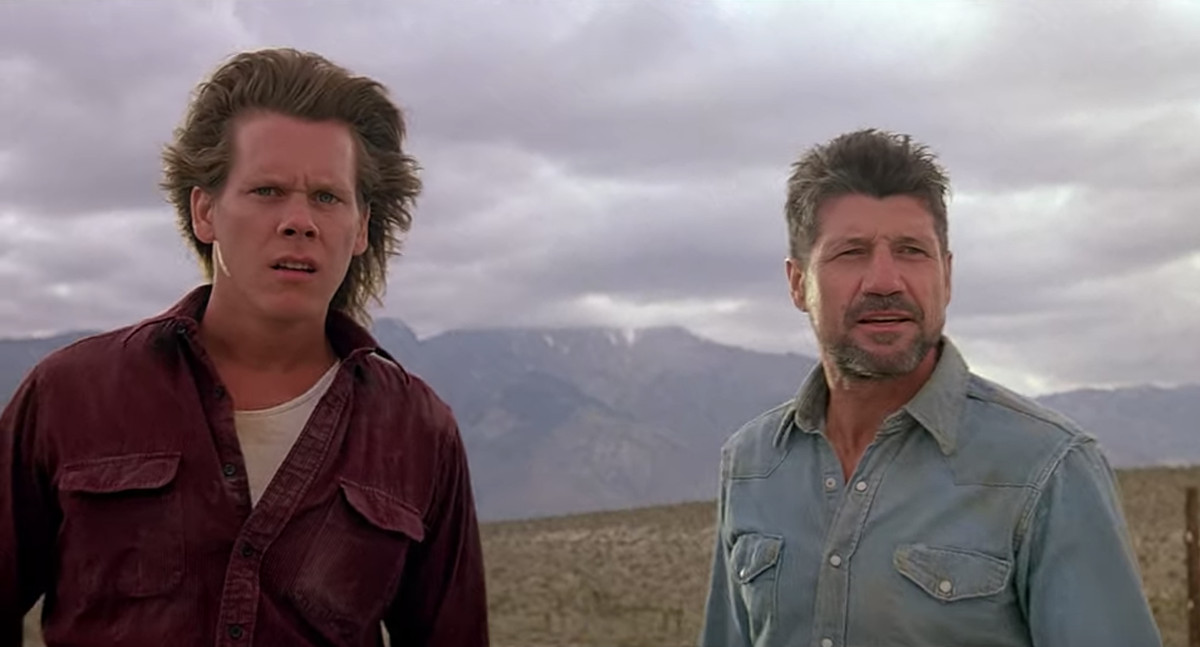 A horror-comedy cult classic, Tremors stars Fred Ward and a post-Footloose Kevin Bacon as Nevada handymen terrorized by underground monsters. It’s a fun, cheesy throwback to the creature features of the ’90s, that manages to be really funny (Kevin Bacon’s “Fuck you” to a dead monster is an all-time-great line reading) while also pulling off some genuine scares. Plus, country music superstar Reba Mcentire plays a gun-toting survivalist and she’s just delightful.

Tremors is streaming on Netflix. 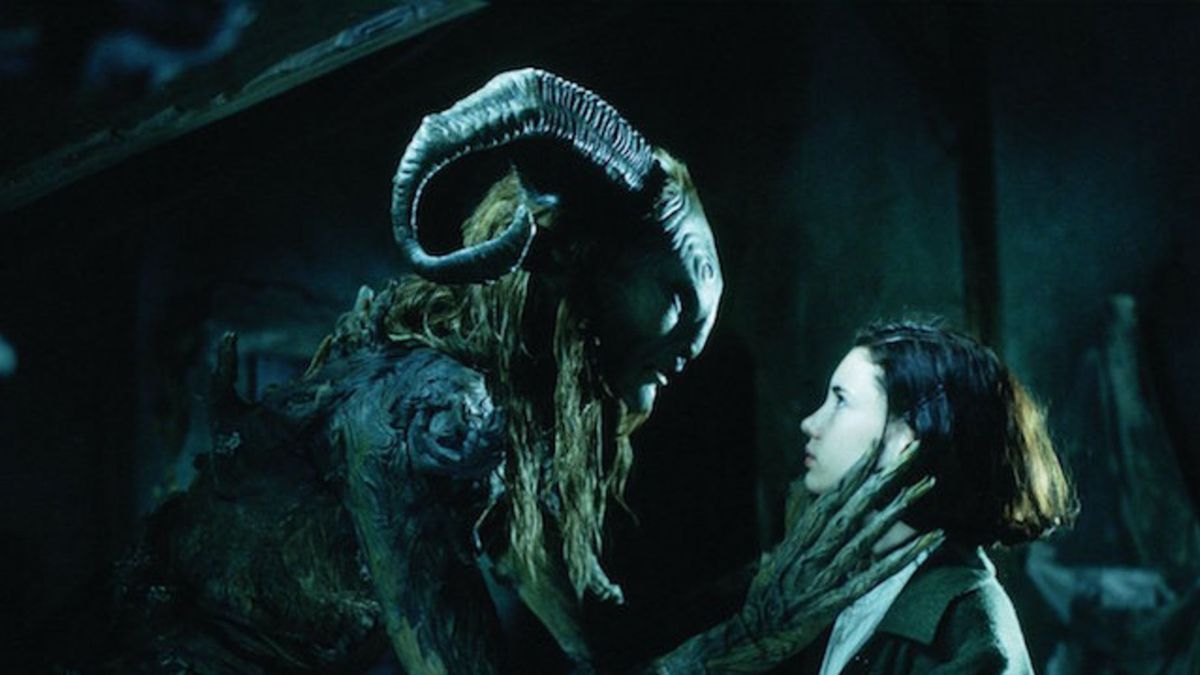 Guillermo del Toro’s powers of storytelling are on full display in Pan’s Labyrinth, a parable set five years after the Spanish Civil War. The real world blends with the mythical as Ofelia (Ivana Baquero) goes through a series of trials set by a mysterious faun while her family struggle with the Francoist regime. The question of what is real and what is imagined helps keep the film compelling, as does the mix of CGI and practical/animatronic effects and costumes.

Pan’s Labyrinth is streaming on Netflix. 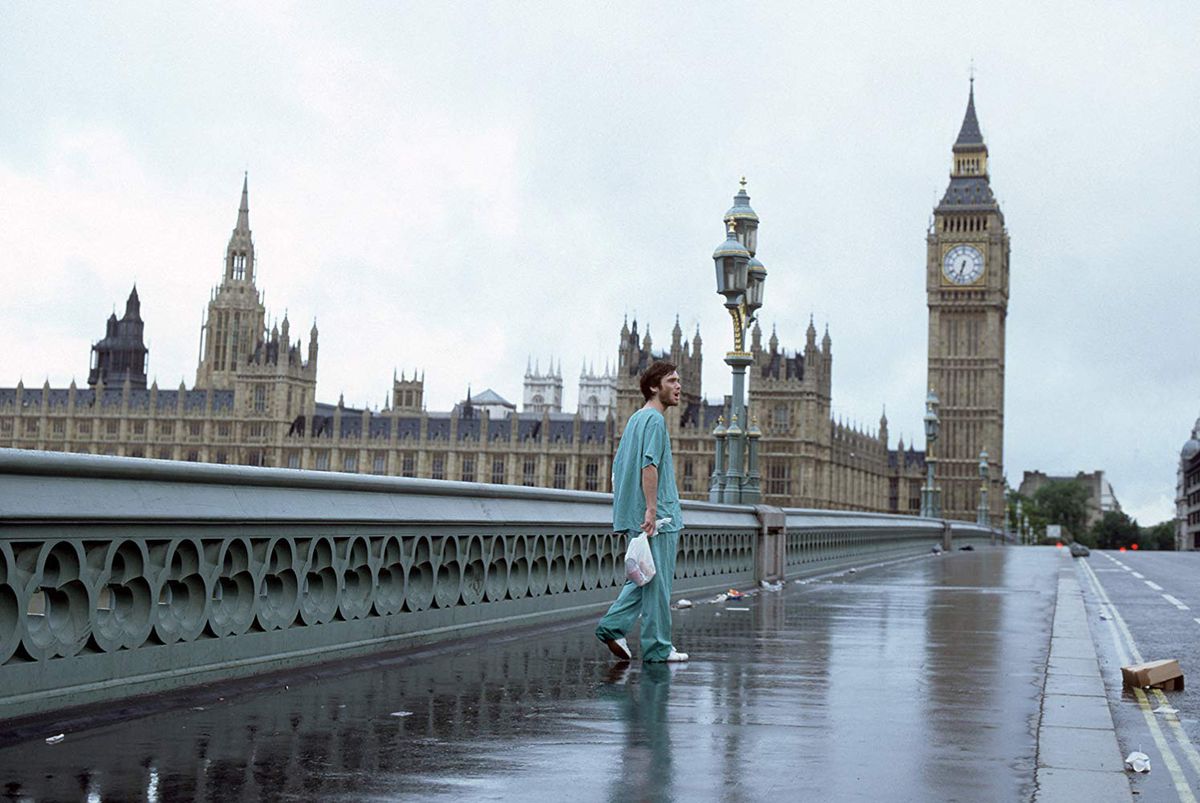 Written by Alex Garland (Ex Machina, Annihilation) and directed by Danny Boyle (Trainspotting, Slumdog Millionaire), 28 Days Later reinvigorated the zombie-apocalypse genre for the new millennium. Bike messenger Jim (Cillian Murphy) wakes up from a coma to find London deserted, and soon gets attacked by humans infected by a rage-inducing virus. Jim eventually links up with some fellow survivors, who attempt to escape London after hearing about a potential sanctuary a few hours away. If that sounds familiar, it’s very similar to the opening of The Walking Dead, though creator Robert Kirkman promises it’s a coincidence.

28 Days Later is streaming on Hulu.

The Cabin in the Woods

The teens in question head to a cabin, where they check off a bunch of slasher movie clichés: they all explore a creepy basement, the two hot blondes sneak off to have sex in the woods, the stoner kid spouts off a philosophical monologue. Eventually they’re attacked by a “Zombie Redneck Torture Family” unaware that their deaths are appeasing a mysterious evil force.

And if that’s not enough for you, it stars a pre-Thor Chris Hemsworth as a jock with a heart of gold.

The Cabin in the Woods is streaming on Hulu and Amazon Prime. 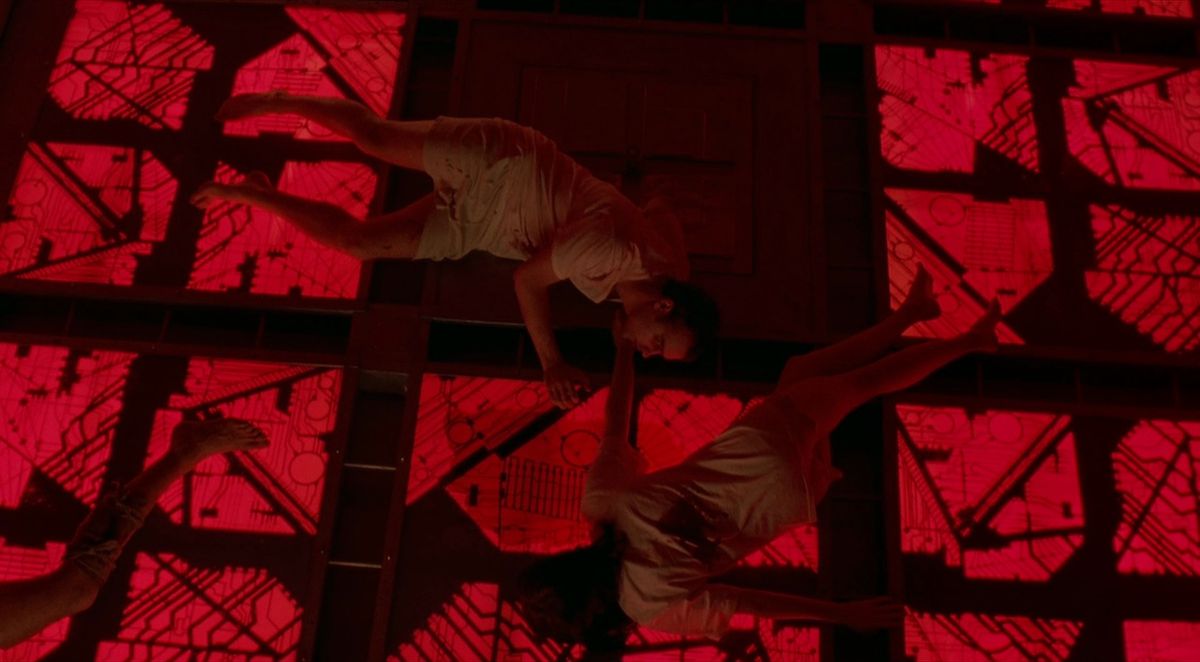 Director Vincenzo Natali specializes in making small-scale horror films mostly bound to one location: Haunter mostly takes place in the house where the ghostly protagonist died; In the Tall Grass mostly takes place in a magically inescapable field off a rural highway, and so forth. Cube is his high-concept, shoestring-budgeted, science-fiction version of that dynamic, where a handful of people wind up trapped in a kind of endless escape room, a series of connected cubical rooms full of high-tech deathtraps. It’s a little bit Dark Matter, a little bit Saw, and a little bit No Exit, with less focus on gore and more focus on the nightmare of being trapped in all-powerful, sadistic hands. If DC Comics ever makes a Murderworld movie, it’ll look like this.

Cube is streaming on Hulu and Amazon Prime.

Shudder’s new exclusive movie, Bliss, is hard to describe. It’s trippy. It’s gory. It’s nasty. But if you’re in the mood to get your mind freaked, it’s just the ticket. Dezzy (Dora Madison) is an artist who turns to a hallucinogenic drug, the titular Bliss, to shake loose a serious creative block. She finds inspiration — and also an intense thirst for blood. Madison is mesmerizing to watch as Dezzy’s bloodlust consumes her; director Joe Begos won’t let you look away.

Bliss is streaming on Shudder. 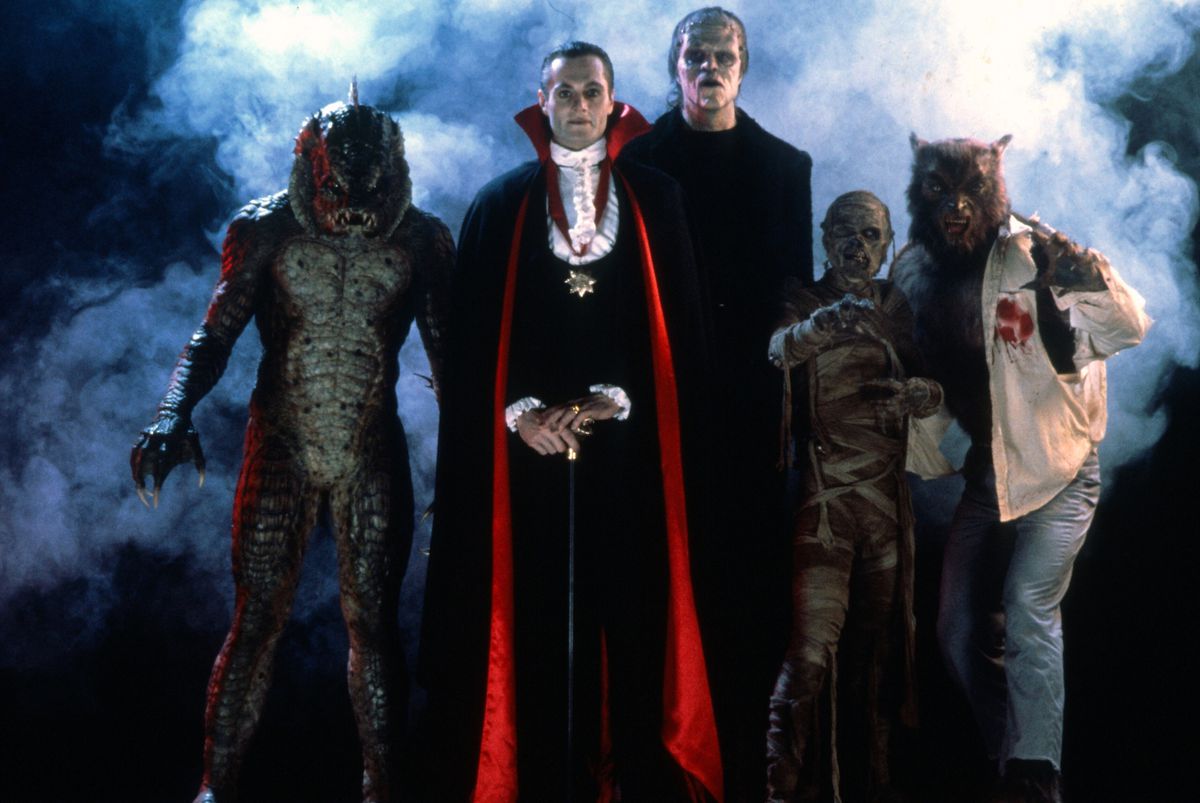 Five iconic monsters for the price of one! Gill-man, Dracula, Frankenstein’s monster, the Wolfman, and a mummy join forces in the Shane Black-penned The Monster Squad. An ancient amulet that helps maintain the cosmic balance of good and evil comes under threat when Dracula mobilizes his fellow monsters to destroy it. A group of pre-teens who call themselves the Monster Squad become the world’s last hope, as their obsession with classic monster movies makes them the perfect heroes in this new monster mash.

The Monster Squad is streaming on Amazon Prime and Shudder. 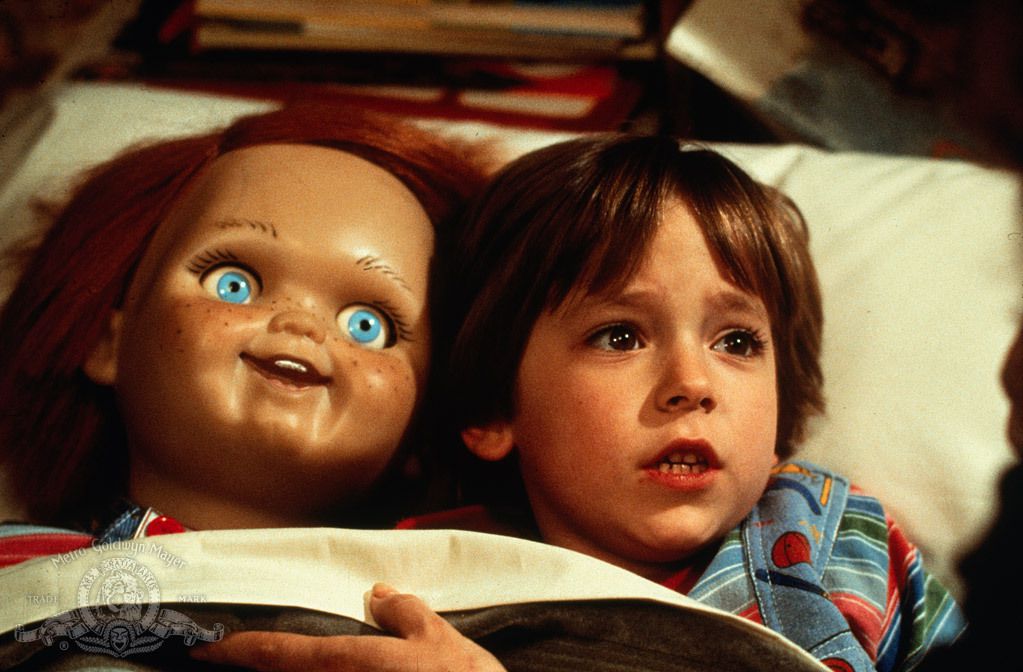 Like so many horror icons of the 1980s, Chucky the Doll evolved into a quippy, cartoonish shade of his former self. But if you’ve never seen the original film, in which Chris Sarandon (The Princess Bride) and Catherine Hicks (7th Heaven) play distraught parents of a rosy-cheeked little boy who everyone thinks is a serial killer, then you haven’t seen the Child’s Play franchise at its absolutely scariest. You can almost hear mastermind Don Mancini cackling in the background as lil’ Andy swears his doll is doing the killing. And when Brad Dourif’s creepy voice finally comes out of that red-haired, plastic demon … egad.

Child’s Play is streaming on Shudder and IMDb TV.

If you thought the catastrophic effects of manmade climate change were bad (they are), wait until you catch the fog from The Fog! John Carpenter is better known for films like Halloween and The Thing, but this gory, paranormal horror flick is almost the perfect blend of the two. You get the menacing otherworldliness in the form of the fog (not to be confused with the mist from The Mist) and a bunch of undead pirate-types in place of Michael Myers. The combined scream queen energy of Adrienne Barbeau, Jamie Lee Curtis, and Janet Leigh makes this one a must-see for completionists.

The Fog is streaming on Shudder. 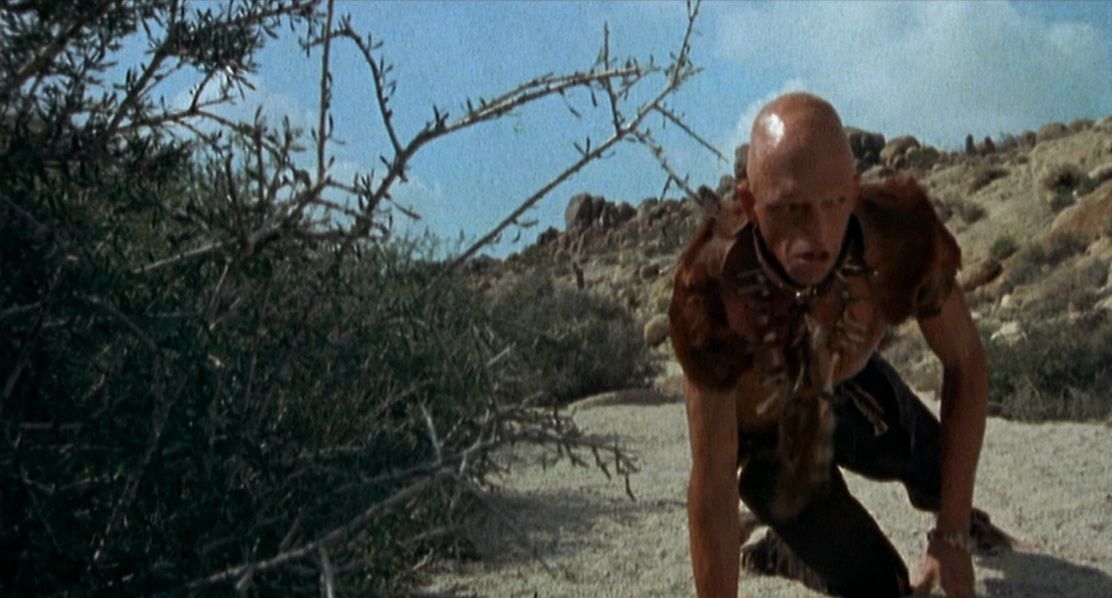 The Hills Have Eyes

Those who only know Wes Craven for his more polished films like A Nightmare on Elm Street and Scream owe it to themselves to delve into his first few films, which turn the ugliest sides of human psychology and behavior into grungy horror. The Hills Have Eyes finds the Carter family on a road trip through Nevada when they pull over at the wrong pit stop. The unsuspecting vacationers become the targets of Papa Jupiter and his clan of cannibal kids, and Craven shoots the showdown in the most relentless, raw fashion.

The Hills Have Eyes is streaming on Shudder and Cinemax.

Laugh, scream, and cry with Midsommar, which plunges Dani Ardor (Florence Pugh) into a nightmarish series of events. After the death of her parents, Dani joins her boyfriend Christian (Jack Reynor) on a trip to Sweden with a group of his graduate school friends. Their relationship is rocky, and only grows more strained as the commune they visit embarks upon a midsummer ritual that isn’t quite as benign as it initially seems. The horror unfolds in pastel colors, as well as with a surprising streak of humor throughout.

Midsommar is streaming on Amazon Prime. 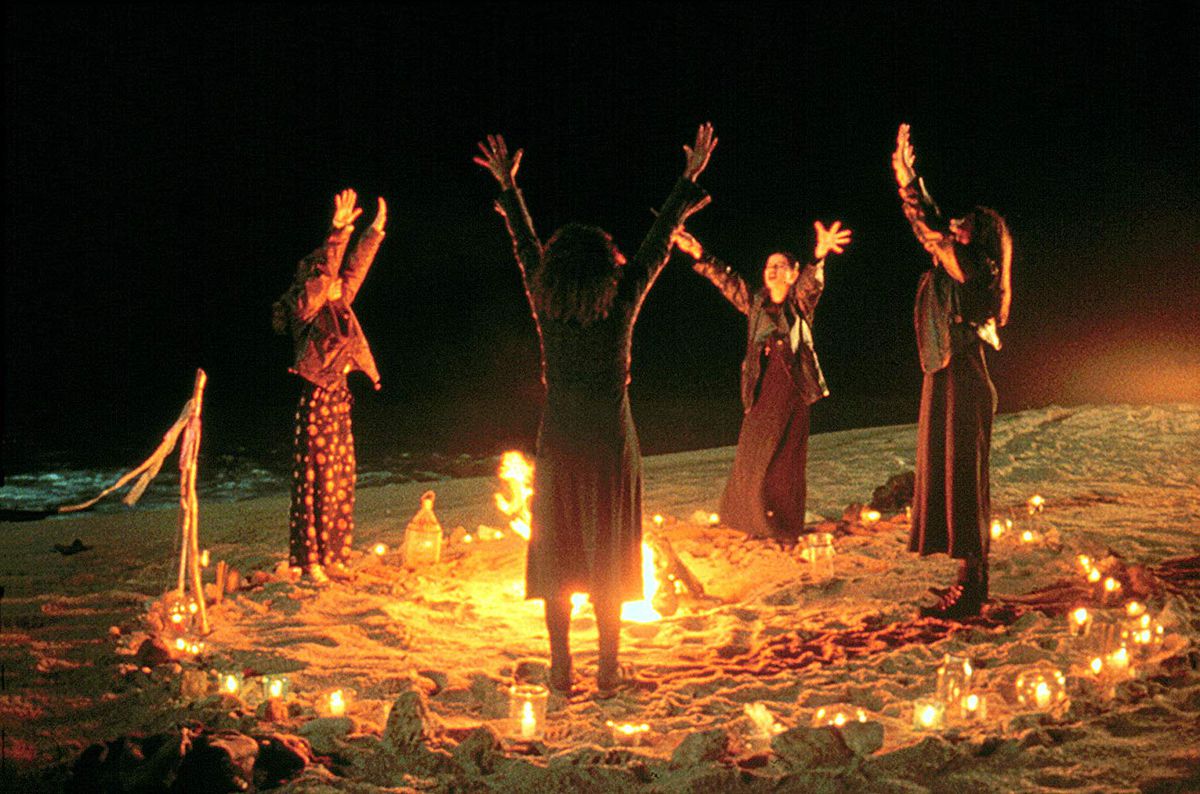 It’s hard to determine whether Harry Potter or The Craft had a larger hand in creating an entire generation of girls who wanted to be witches, but The Craft is definitely more responsible for the movement’s aesthetic. The goth-meets-grunge style sported by the movie’s teen coven is still iconic. That attitude is embodied by the classic line, “We are the weirdos, mister.”

Whether you grew up wanting to be Sarah Bailey or only know The Craft from reaction gifs on Twitter, it’s worth revisiting ahead of Blumhouse’s remake. 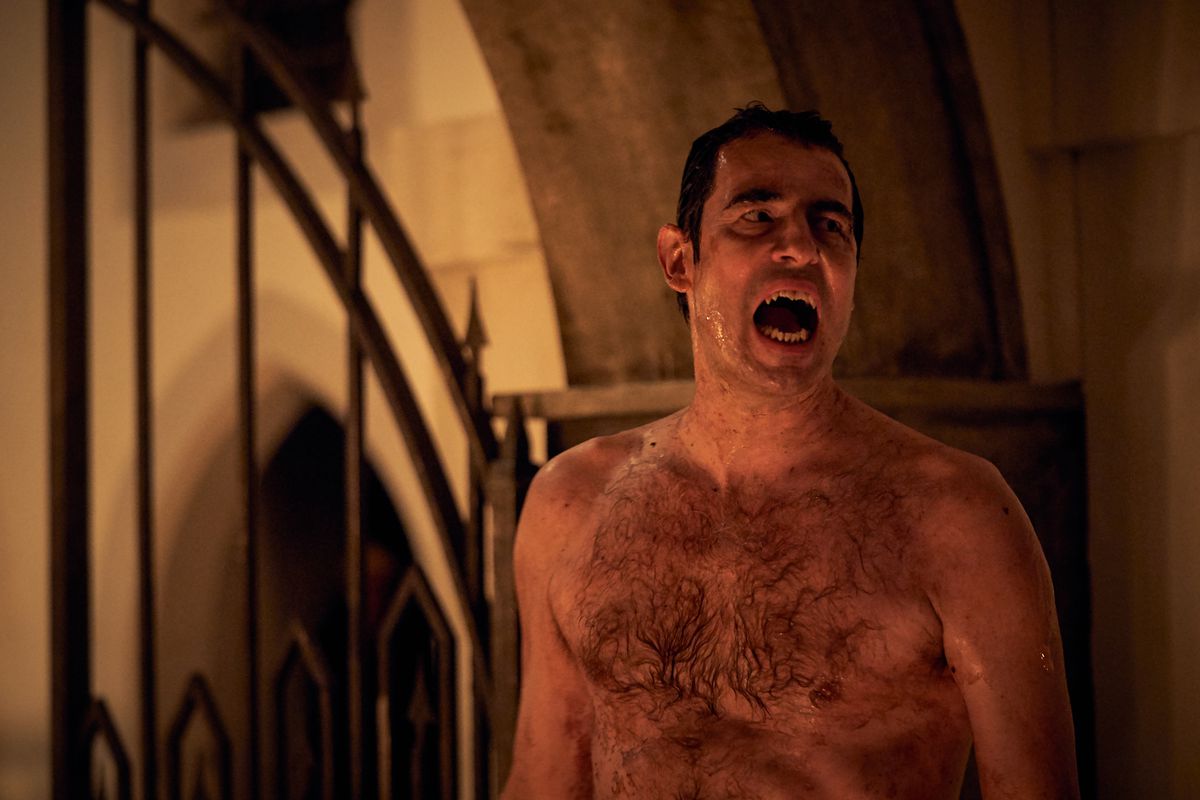 This is cheating a bit, since Netflix’s Dracula is technically a miniseries, but each episode is 90 minutes long so I’m making the argument that each episode counts as its own movie. The first episode of Steven Moffat and Mark Gatiss’ adaptation of the classic Bram Stoker novel introduces the nefarious count (Claes Bang) and a new version of his old nemesis, a nun named Agatha Van Helsing (Dolly Wells). The second episode picks up on a boat headed for England, with Dracula trying to keep it together as he grows hungrier.

The first two episodes are campy and charming, and I’d recommend stopping there, turning off your TV, and pretending that the third episode, which drops Dracula into present-day Britain, doesn’t exist. Unless of course you’d like to experience the show’s truly bonkers final image (no spoilers!), in which case you can just fast forward to minute 89.

Dracula is streaming on Netflix.

Baseball Movies: 7 Films to Watch While Waiting for Opening Day