The secondary bond market commenced the week ending 03 June 2022 on a positive note driven by the robust outcome at the two Treasury bond auctions conducted at the start of the week. The Bull-Run was further supported by the outcome at the weekly Treasury bill auction, where weighted averages declined across the board for a second consecutive week.

Furthermore, continued buying pressure on secondary market bills saw the August and September 2022 along with May and June 2023 maturities changing hands at levels of 21.50% to 22.50% and 22.80% to 23.30% respectively. However, profit taking on Friday limited the rally any further.  Nevertheless, the Colombo Consumer Price Index (CCPI) or inflation for the month of May increased for an eighth consecutive month to 39.1% on its point to point while its annual average increased as well to 14.2%. The foreign holding in rupee bonds increased further to Rs. 2.75 billion for the week ending 01 June while the daily secondary market Treasury bond/bill transacted volumes for the first four trading days of the week averaged Rs. 18.87 billion.

In the Forex market, the middle rate for USD/LKR spot contracts depreciated during the week to Rs. 360.30 against its previous weeks closing of Rs. 359.25.

The daily USD/LKR average traded volume for the four trading days of the week stood at $ 28.87 million. 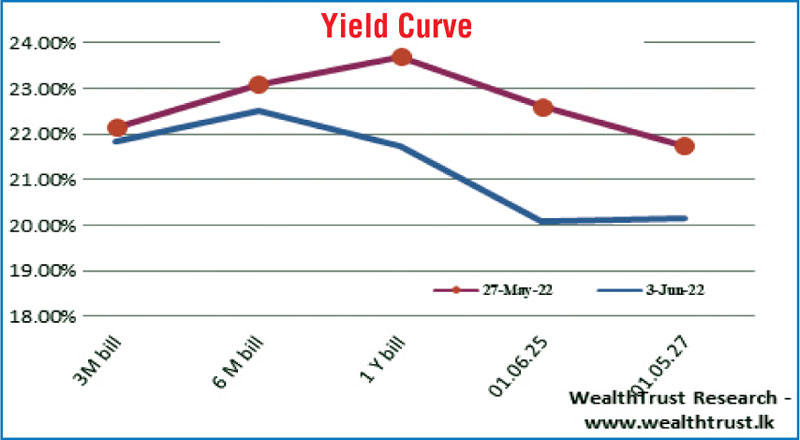 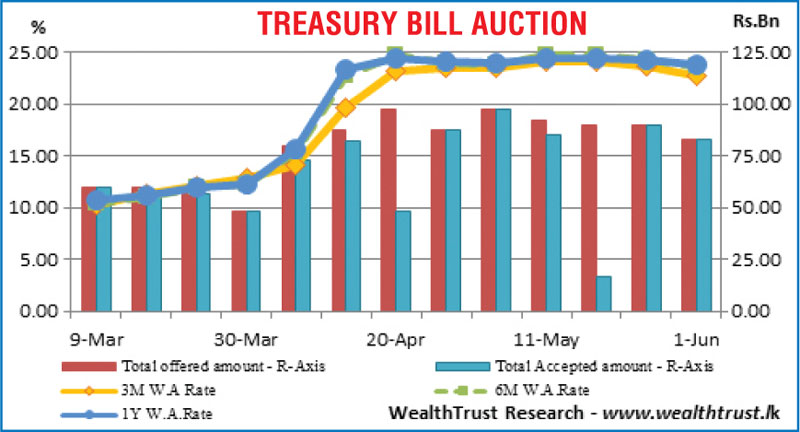 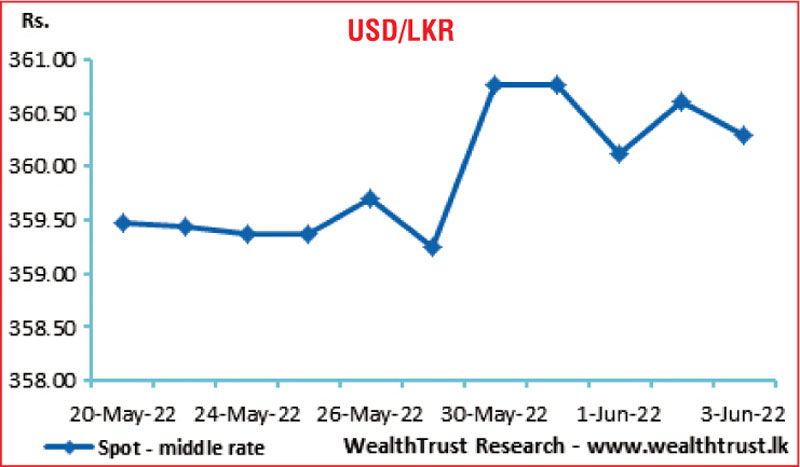