For months, thousands of Lebanese have been protesting against the proposed cabinet [Timour Azhari/Al Jazeera]

Beirut, Lebanon – Lebanon‘s Parliament has backed a new cabinet and the government’s financial rescue plan in a vote of confidence held despite attempts by protesters to block it.

Parliamentary Speaker Nabih Berri congratulated the legislators who sat through a nine-hour session on Tuesday before holding a vote that saw 63 of 84 MPs present give their confidence to the new government formed last month. Twenty MPs voted against the government and one abstained.

Hezbollah and its allies – the Free Patriotic Movement and the Amal Movement – backed the government while the Future Movement of former Prime Minister Saad Hariri voted no confidence along with its allies, the Lebanese Forces and the Progressive Socialist Party.

Speaking before the vote, Prime Minister Hassan Diab said his government’s priority was preserving foreign currency needed for imports and that all options for dealing with Eurobonds maturing this year were being studied.

Diab, a little-known academic and former education minister, was tasked with forming a government in December after Hariri was forced to resign.

However, for months, thousands of Lebanese had been protesting against the proposed cabinet, saying it would not be able to rescue the country’s ailing economy.

On Tuesday, more than 350 people were injured in clashes around the Lebanese Parliament building in the capital as protesters attempted to prevent the MPs from participating in the confidence vote.

“We don’t have confidence in a single one of them,” Suzie Jumaa, a 49-year-old media professional told Al Jazeera, as she blocked a main thoroughfare in downtown Beirut.

“We’re not giving them a chance, we have tried for 40 years, we have gotten old and we are going to die giving them chances. There isn’t any more time.”

Despite the protesters’ efforts to block the vote, a quorum was achieved in the parliamentary session, which began around 11:45am (0945 GMT) on Tuesday.

Several MPs made their way to the Parliament on the backs of motorcycles, allowing them to slip through protesters, while others arrived in heavily-guarded convoys.

The Lebanese Red Cross said it transported 45 people to hospitals and treated 328 at the scene.

A woman gestures towards Amal Movement supporters and shouts: ‘The thugs are over there’ [Timour Azhari/Al Jazeera]

The blockade forced several MPs’ vehicles to retreat under a hail of stones and projectiles that shattered car windows.

MP Salim Saadeh, a representative of the Syrian Social Nationalist Party, was taken to hospital and received stitches after protesters wrecked the car he was travelling in.

“I am fine, thanks for all the people’s love,” he said in a video from his hospital bed.

He said the government would undertake fiscal and administrative reforms, fight corruption, tax evasion and smuggling, and seek to establish the independence of the judiciary within 100 days.

Protesters tore down metal and cement barricades put up around Nejmeh Square, the seat of the Parliament. A group of people also set fire to a bank next to the parliament’s entrance.

Running street battles ensued, lasting several hours in downtown Beirut before calming down some nine hours after protesters took to the streets on Tuesday.

In October, the entire parliamentary area was closed off to the public after unprecedented protests broke out in the country, bringing down Hariri’s government.

Since then, large demonstrations have occurred regularly, demanding the removal of a political class that has ruled Lebanon since its civil war ended in 1990.

Protesters demand a government consisting of independent experts to lead the country out of its financial crisis, fight corruption and hold early elections. 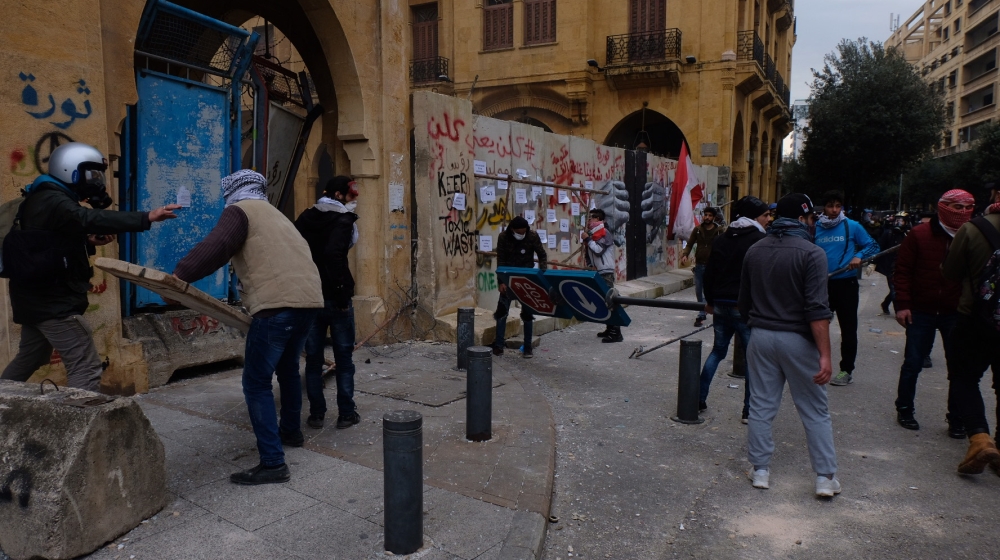 Many feel that Diab’s government of 20 ministers, picked mostly by Hezbollah and its main allies, the Free Patriotic Movement and the Amal Movement, has failed in meeting their demands for change.

“They were chosen by the same people. How can we expect anything different?” Aline Germani, a 47-year-old professor told Al Jazeera.

Despite the protesters’ failure to prevent the Parliament’s no-confidence vote from going forward, Germani said they had made gains.

“They are scared of us now. If they weren’t scared, they wouldn’t have gone in like rats… that alone is a victory.”

What The New FICO Credit Score Changes Mean For Retirement

5 ways to get more out of your Google Home