Taking a look back at seven days of news and headlines across the world of Android, this week’s Android Circuit includes a first look at the Galaxy Note 20, Google’s update to Action Blocks, OnePlus turning off the camera, chip choices for the Pixel 5, the Moto Edge Plus is reviewed, Surface Duo specs leak, and Google Play Music loses to YouTube Music.

Android Circuit is here to remind you of a few of the many things that have happened around Android in the last week (and you can find the weekly Apple news digest here).

You First Look At The Galaxy Note 20

Samsung’s Galaxy Note 20 is going big. Ahead of its provisional launch later this summer, the latest leaks show a device that is larger than last year’s Note 10. The various renders built around the leaks show the similarity in the design language to the Galaxy S20 launched earlier this year. SamMobile reports:

A woman walks past an advertisement for the Samsung Galaxy S20 5G smartphone at a telecom shop in … [+] Seoul on April 7, 2020. – Samsung Electronics’ operating profits inched up 2.7 percent in the first quarter, the world’s biggest manufacturer of smartphones and memory chips estimated April 7. (Photo by Jung Yeon-je / AFP) (Photo by JUNG YEON-JE/AFP via Getty Images)

Google has updated Action Blocks and a number of accessibility tools. Blocks is perhaps one of the more useful apps, essentially allowing macros to be created for complex tags which can be triggered by a single press of a customisable icon on a home screen. Dieter Bohn reports:

“For Global Accessibility Awareness Day, Google is announcing a few updates to its suite of accessibility features for Android. The biggest one is the final, public release of Action Blocks. They let you create big, customised buttons for relatively complex actions like playing music or calling somebody — tasks that might be difficult for people with a cognitive disability.”

More at The Verge, and you can download Action Blocks from the Google Play store.

OnePlus Prepares To Turn Off Camera

OnePlus added a ‘color filter’ camera to the OnePlus 8 Pro, allowing different imaging effects to be added while a photograph is taken, including the curious ability to see through darkened materials (echoing an X-Ray image). Following the discovery this feature also applies to some clothing, the feature is set to be temporarily turned off in China while an update is worked on. Aamir Siddiqui reports:

If Google’s upcoming smartphone, the presumptivly named Pixel 5, is aiming for a $699 price point, it’s not going to match every single specification of the current flagships from other manufacturers. And it looks like one of the savings will be in the System on Chip. The new smartphone may not ship with Qualcomm’s top of the line SnapDragon 865. C Scott Brown reports:

“While it’s not 100% clear which processor the Google Pixel 5 will utilize, it’s becoming more and more likely that the processor will not be this year’s flagship, the Qualcomm Snapdragon 865.

“…Since we recently found a rumor suggesting the entry price for the Pixel 5 could be as low as $699, all signs point to the new Pixel stepping out of the traditional premium territory and entering something more akin to “premium mid-ranger” territory.”

There are flagships and there are flagships. With a network subsidised price of $1000, Motorola’s Edge Plus needs the specs to match that price. The team at GSM Arena have reviewed the device, starting with the design:

Although the larger dual-screened Surface Neo has been delayed, Microsoft’s Android-powered Surface Duo is still on course for a release in ‘the holidays 2020’. More specs around the device have leaked this week, with the long lead time reflected in some of the choices. I took a look at them earlier this week:

“The core specifications for the Android-powered device are the Qualcomm SnapDragon 855 backed up with 6 GB of RAM. Storage of either 64 GB or 256 GB are being talked about. Also along for the rise is a 3460 mAh battery and USB-C connectivity

“Given the long development time of the Duo, presumably throughout 2019 ahead of its reveal to the public in October, the use of the SnapDragon 855 instead of this year’s SapDragon 865 makes. Sense. This suggests that the Duo will not be guaranteed 5G connectivity, as this is an optional extra on the 855.” 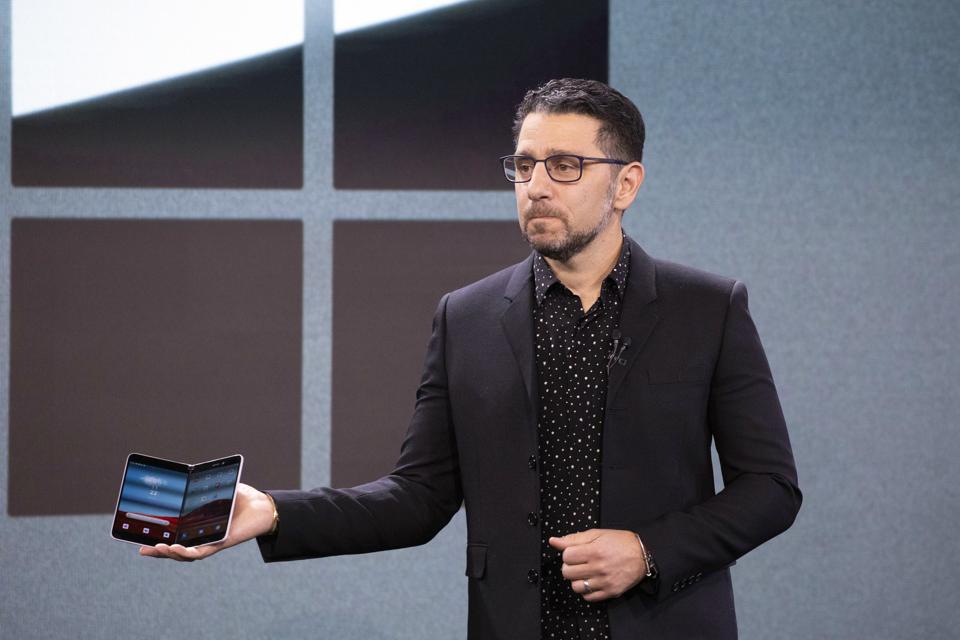 Although both are subscription services, the differences between Google Play Music and YouTube Music create two different experiences for those paying for the service. With Google Play Music being scrapped, leaving YouTube the only option, the push to increase minutes on YouTube is going to kill the user’s musical experience. Hadlee Simons reports:

“Google could’ve simply rebranded Google Play Music to YouTube Music instead, or considering Google’s recent attempts to bring all of its services back under the Google name with Nest, Android Pay, and the rumored Android TV rebrand, why not just Google Music? It’s not like Play Music didn’t already have YouTube video integration either. You’d think that deeper yet more thoughtful integration of YouTube’s vast library would’ve been possible without such drastic measures.”

Android Circuit rounds up the news from the Android world every weekend here on Forbes. Don’t forget to follow me so you don’t miss any coverage in the future, and of course read the sister column in Apple Loop! Last week’s Android Circuit can be found here, and if you have any news and links you’d like to see featured in Android Circuit, get in touch!